The year 2010 started off with a BANG, the Hubs and I were going to be first-time parents (say what?)! I was pregnant and due September 1, 2010 (which also happens to be our wedding anniversary and the Hubs’ birthday)!

January was spent with eager anticipation and excitement until it all came to a screeching halt when I miscarried on February 8th (FML). Fortunately we had told immediate family and a select group of  friends so we had an amazing network of people to reach out to and so much unbelievable support (thank you to all of you!). February was grim, but we forged ahead cheering on our Canadian athletes on home turf at the 2010 Olympic Games and doing things like drinking and snowboarding (stuff I had given up while I had been pregnant).

In March I learned that three of my very good friends were all expecting their own babes, despite my loss I was elated by their news and knew that I would be right there with them soon enough (smiley face). I topped the month off with my 30th birthday and celebrated Holly Golightly-style.

By April things were looking up and the Hubs and I were back on track (happy times), but the work-front for both of us was looking a little volatile. The Hubs left his longtime gig for a new position and my office was going through a lot of turmoil, but fortunately I managed to weather the storm (phew!). Luckily we both held onto our jobs because surprisingly I was pregnant again (this time for realz!) with a due date of February 11, 2011 (that’s six weeks from now if you’re wondering).

The rest of May, June and July were spent on pins and needles as we waited for the first trimester to end, but I had a feeling everything would be okay (double eyebrow). We spent weekends away and sweat our asses off in the hottest summer Toronto has ever had. I started this blog (blog.fridaysoff.ca) and poured all of my energy into blogging and sewing projects to keep myself occupied. Blogging really kept me focused (and away from all of the negative pregnancy websites) and I realized that people liked what I was writing about (you are all so engaged – I LOVE IT!).

By August we came out of the closet with our news and finally started to get excited about our impending bundle of joy. Planning for our new little family was in full swing by September and we took a relaxing (but very busy) vacay in NYC to celebrate.

My belly expanded throughout October and November and I was introduced to two adorable little babies (Emerson and Benjamin) with a third one (Helena) at the beginning of December. Our little babe isn’t even born yet and it’s got some great little friends awaiting its arrival.

So that’s my year in review folks (I know, a lot of baby talk), I thought I would share just in case you’re going through the same thing (or were interested in my life). A lot can happen in one year, but it can all turn around just like that (snap!).

Happy New Year everyone and thanks for loyally tuning in. I look forward to continuing to share the love in 2011!

Cheers and be safe tonight I’ll be keeping it low-key with my lime cordial and soda (wink)! 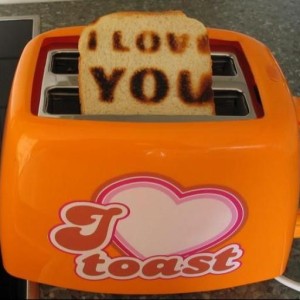